2014 Medicine X: Communicating the Experience of Illness in the Digital Age 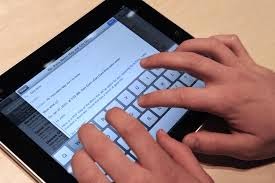 Time on the Internet can often be measured by the millisecond. We bemoan the shallowness,brevity and sensationalism of topics that seek to capture our momentary attention on our news feeds. Yet in the early part of 2014, a controversy hit the Internet with the intensity of a meteor and then instead of rapidly burning out, gained in intensity and continued discussion. The controversy became known on the Twittersphere as #Kellergate and revolved around separate columns written by former New York Times editor, Bill Keller and his wife, Guardian columnist, Emma Keller opining on blogger Lisa Bonchek Adams' frequent use of social media as a platform for chronicling and sharing her experience of living with progressive, incurable cancer. Topics of public disclosure of illness, ethics, dignity, TMI (too much information), choices surrounding treatment and death and dying were thrown into the open forum of the Internet. Without any precedent for such public sharing in real time, dialogue became divisive and heated. What appeared to be missing from the discussion was the impact of social media tools and online communities on the large population of those living with chronic illness. Attempting to add some insight to the phenomenon of illness blogging, I wrote a piece in early 2014 for WBUR's Cognoscenti site: Memo to Bill Keller: This is Why Patients Blog About Illness

Now more than half a year later, the discussion has stepped away from the specifics of the Keller/Adams controversy and has entered into a broader conversation on the issues of disclosure, community, isolation and connection. The international conference, Medicine X, held annually at Stanford University, has deemed this an important topic for the upcoming 2014 conference and has invited me and several colleagues to present a panel discussion entitled: Communicating the Experience of Illness in the Digital Age: Reaching Beyond the Keller/Adams Controversy.  I am honored to be the moderator of this panel of amazing thoughtleaders, Susannah Fox, Meredith Gould, and Colleen Young, all pioneers in the fields of peer-to peer-health, online communities, community management and the evolution of communicating the  experience of illness in the digital space. As a panel we will attempt to examine and identify the key aspects of the larger phenomenon of communicating the experience of illness in the digital age that we hope will help inform the continued evolution of online communities.

I would welcome comments and discussion in the comment section of this blog -- more voices on this subject are needed as we prepare for the Medicine X conference panel. I hope to see many of you in Palo Alto, September 5-7. For those of you who can't attend, I will post live-streaming and Tweetchat information for Medicine X as it becomes available.

Thank you, Pam, for kicking off our discussion and placing it in the larger context.

In my fieldwork, I've talked with many people who express a mixture of pride and worry about how much they share and disclose online about their health or the health of a loved one -- on blogs, message boards, social platforms like Facebook, etc. Pride at their documentation of a certain condition or journey. Worry about how others will perceive their work.

I want to bring history and data to the discussion. Will do in a later comment and post, but wanted to place a marker here.

Following your fine lead and Susannah's, my place marker: I want to bring an awareness about how digital technology has changed some socio-cultural norms including, but not limited to ones about privacy.

More to come in a blog post, via comments, and of course on this panel at MedX. Honored to be a part of this.

I am THRILLED to see all of you throwing yourself into the ring on this topic! I cannot wait to watch the dialogue unfold!

One only has to read this blog post to affirm that Pam will moderate this discussion skillfully. In Susannah-nesque style, we are flipping the panel, revealing the key points we plan to bring to the presentation before we hit the stage at #medX and getting your input in the weeks leading up to Sept 7.

In my upcoming post. I'll outline how self-disclosure conversations intensify connections and demonstrate their significance to deepening the sense of community - a key ingredient to sustaining a thriving online community.

This topic, panel, post brings to mind last year's MedX, when Crohn's patient Michael Seres shared how his doctor used twitter to share soemthing that was confounding him/her, and got immediate help/solution. Without an instant's pause: agreement from ePatients in the front rows: info/help trumps privacy.I know this seems not the popular view, (and woah, do I get push-back when I share this ). While I know the internet democratizes info, I also feel (especially when in a cranky frame of mind): if information shared gets up a 'readers' nose, you [reader] have the the power to make the decision not to read. May I also take this opportunity to say I will be at MedX in spirit,will be watching/tweeting panel and fully expect each of you to have a drink for me.
Kathy

Patients are now far from being isolated and alone as they were in the past. The first action I took when I got a computer was to join health groups. Not all of them turned into actual support groups but there is one that has been together for 11 years.
Now, with a blog, you can even find one of my X-Rays online. It has taken 30 years with RA to learn what I know:It would be a shame to waste all of that knowledge.